12 Ways to Resolve a Discrimination Complaint

Many employers are shocked to learn when an employee—whether one or several—has filed a discrimination complaint against them or their business. They often have a hard time believing discrimination or harassment could be happening right under their noses. 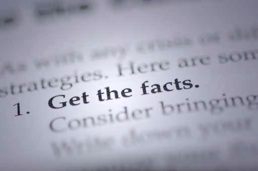 Even if you’re shocked by a discrimination complaint, you must investigate it.

Here are 12 ways employers can answer a discrimination complaint before it snowballs into a court case—and prepare their businesses to prevent new ones from arising.

Never assume a discrimination charge is false. Investigate the complaint(s). Failing to do so is a surefire way to land in court. Investigate every complaint you receive.

Don’t come to any conclusions until your investigation is complete.

#2. Treat the employee(s) who file a discrimination complaint with respect and compassion

Employees often find it extremely difficult to complain about discrimination or harassment. They feel vulnerable and afraid.

This can have an impact on the quality of their work. It can also lead them to seek outside assistance from lawyers.

When an employee comes to you with concerns about discrimination or harassment, be understanding. Don’t interrupt or argue. Then start an investigation. An employee who sees that you are taking the problem seriously is less likely to escalate the issue to a government agency or to court.

Don’t get angry at the complaining employee for the fact that you must now deal with the specter of discrimination and harassment in your business.

Remember, the complaining employee is the victim and not the cause of the problem. If you allow yourself to become angry at the employee, you open yourself up to claims of illegal retaliation (see next tip, below) and run the risk of polarizing your workplace. Damaged morale and lower productivity are sure to follow.

#4. Don’t retaliate against the employee with a discrimination complaint

It is against the law to punish someone for complaining about discrimination or harassment.

If you have an employee handbook or other documented policies relating to discrimination and harassment, follow those policies. Don’t open yourself up to claims of unfair treatment by bending or changing the rules.

#6. Educate yourself about discrimination and harassment

Do some research on the law of discrimination and harassment: what it is, how it is proven in court, and what your responsibilities are as an employer. It is highly recommended that you contact an employment attorney for a consultation.

Start by talking to the person who complained. Find out exactly what the issues are. Get details: what was said or done, when, and where, and who else was there. Take notes of your interviews. Then talk to any employees accused of discrimination or harassment. Get details from them as well. Be sure to interview any witnesses who may have seen or heard any problematic conduct. Gather any relevant documents.

#8. Look for corroboration or contradiction

Discrimination and harassment complaints often offer the classic example of “he said/she said.” Often, the accuser and accused offer different versions of incidents, leaving you with conflicting stories.

You may have to turn to other sources for clues. For example, schedules, time cards, and other attendance records (for trainings, meetings, and so on) may help you determine whether each party was where he or she claimed to be. Witnesses—including coworkers, vendors, customers, or friends—may have seen part of an incident.

In some cases, documents will prove one side right. After all, it’s hard to argue with an email that contains racial slurs or sexual innuendo.

A discrimination complaint can polarize a workplace. Workers will likely side with either the complaining employee or the accused employee, and the rumor mill will start working overtime.

Worse, if too many details about the complaint are leaked, you may be accused of damaging the reputation of the alleged victim or alleged harasser and get slapped with a defamation lawsuit. Avoid these problems by insisting on confidentiality and practicing it in your investigation.

#10. Write everything down you learn about discrimination at your business

Take notes during your interviews.

This written record will protect you later if your employee claims that you ignored a complaint or conducted a one-sided investigation.

If the employee makes a complaint with a government agency (either EEOC or the Arizona Civil Rights Division), that agency may investigate.

It will probably ask you to provide certain documents, give your side of the story, and explain any efforts you made to deal with the complaint yourself. Be cautious, but cooperative. Try to provide the agency with the materials it requests, but remember that the agency is gathering evidence that could be used against you later.

Again, it is advisable to have an employment attorney assisting and representing you at this stage, if not sooner.

#12. Take appropriate action against the wrongdoer(s)

Once you have gathered all the information available, sit down and decide what you think really happened.

If you conclude that some form of discrimination or harassment occurred, figure out how to discipline the wrongdoer(s) appropriately. Once you have decided on an appropriate action, take it quickly, document it, and notify the accuser.

And not to sound like a broken record, but again, it is advisable to have an employment attorney assisting and representing you at this stage, if not sooner.

If you are handling a discrimination question at your business, please contact our office for a consultation. We can help you set up a clear policy and handle an internal investigation.