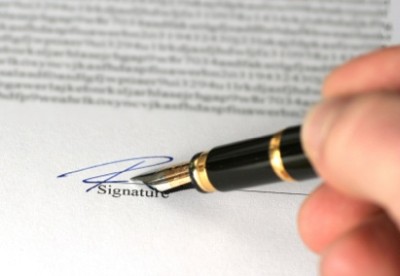 Is that noncompete agreement fair to your future?

Arizona courts will enforce legitimate agreements between an employer and an employee that limits the employee’s right to compete against the employer if he or she leaves a job. Here are common types of these restrictive covenants:

If you’re asked to sign an agreement that sounds like one of these, keep in mind that they are supposed to be reasonable and protect your employer’s legitimate interests. Covenants with broad noncompete language or that overreach won’t be held up in most courts.

What is a Noncompete Agreement?

A noncompete covenant, or a covenant not to compete, is a promise by an employee not to compete with his or her employer for a specified time in a particular place after leaving employment. It’s usually clause in an employment agreement or a separate contract standing by itself.

Courts have traditionally frowned upon restrictions placed by employers on their employees’ rights to find and make a living. However, courts will enforce these agreements if:

Arizona follows the reasonable requirement test. What is reasonable depends on the whole contract, the kind of character and location of the business, the purpose to be accomplished by the restriction, and circumstances which show the intention of the parties.

Courts want to support the right to work, the right to contract, and the public’s right to competition. An employer may not enforce a post-employment restrictive covenant simply to eliminate competition. The legitimate purpose of post-employment restraints is to prevent competitive use, for a time, of information or relationships which have significant impact to the employer and which the employee acquired in the course of employment.

The guideline most often used says a covenant is reasonable to protect the employer’s interest in maintaining customer relationships after an employee leaves for only as long as necessary to replace the employee and give the replacement a chance to show customers that he or she can do the job.

Employment contracts and noncompete agreements can be easily misunderstood. Too often, they favor the employer. If you are facing a decision concerning one of these issues, please contact my office for a consultation on your agreement.