Overtime and Wages in Arizona

In Arizona, issues about overtime and wages come in two categories: 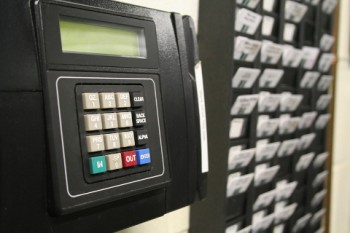 Failure to pay for overtime is the most common overtime and wage issue.

Employers are Required to Pay Overtime and Minimum Wages

The Federal Fair Labor Standards Act regulates when employers must pay overtime and at least a minimum wages to employees.

Most of the time, overtime should be paid at the rate of one and one-half times the hourly wage for any work over 40 hours in a single work week. In certain situations, the law allows employers to exchange pay for compensation (“comp”) time at 1.5 hours for each hour of overtime work.

Keep in mind, though, that some employees are exempt from overtime rules. They are generally salaried and more senior staff.

Here are common mistakes employers make regarding pay and overtime:

The Fair Labor Standards Act requires employers to pay state minimum wages that are higher than the federal minimum wage.

The Act also requires employers to pay the highest minimum wage employees are entitled to receive. This applies to Arizona employers, where the minimum wage is $8.08 per hour and can be increased each year based on the cost of living. Currently, the federal minimum wage is $7.25.

In 2006, Arizona passed a law called the Raise the Minimum Wage for Working Arizonans Act. It established higher minimum wages for workers in Arizona that can be increased each year based on the cost of living.

Employers cannot enforce a verbal or written agreement against this law, which covers all employee with a few exceptions:

Casual workers like babysitters are not covered by minimum wage laws. Neither are workers who receive tips as part of their compensation, such as wait staff. Their compensation takes tips into account, with some compensation paid by employers as well.

People who are employed by their parents or a sibling are also exempt from minimum wage requirements.

Wages may include sick pay, vacation pay, severance pay, commissions, bonuses, compensatory time, or other amount an employer has promised through his or her own policy or usual payment practice. Everyone in the workplace must be treated equally when it comes to wages and overtime.

Penalties for Improper Overtime and Wages

Employees who do not receive their wages on a timely basis can file a complaint with the Arizona Industrial Commission when if the amount due is $2,500.00 or less. If they want to recover unpaid wages over $2,500, they must initiate a lawsuit in civil court.

The court will look at whether there a good faith dispute about whether wages were ever due. If it finds that there is no good faith issue, it may order the employer to pay three times the amount of the wages due (including overtime pay) and reimburse the employee for attorney and court fees.

Wage and overtime disputes can get very complicated, particularly if pay has been uneven and involves partial payment, partial overtime payment, or comp time. Plus, there are deadlines that employees must meet to file a wage-related claim.

And the deadlines vary! Depending on the charge, claims must be filed between six months to one year after the date of the alleged violation. Minimum wage claims can be filed two to three years after the violation depending on whether there was willful intention behind the violation.

An experienced employment attorney will make sure your claim meets all the legal requirements. Contact my office to review your case, collect paperwork, anticipate employer defenses, and create a strategy that compensates you to the fullest amount you are entitled.