Personal finances are one of the most damaging strikes against employees seeking security clearance. 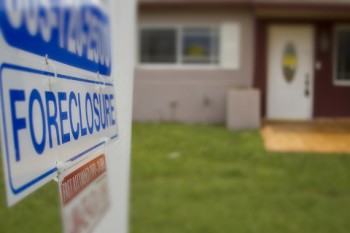 Delinquent debt is by far the most common financial concern among people who apply for security clearance. Personnel who investigate these applications look at the following factors when debt becomes an issue:

The cause of debt is generally more important than the amount of debt because it reveals more about a person’s reliability, trustworthiness, and judgment.

About 50% of people who seek credit counseling have debts that arise from irresponsible or reckless behavior.  Cases like these magnify the problem because behaviors are difficult to change.

But when debt occurred because of situations beyond the applicant’s control (serious illness, loss of employment or layoffs) and the applicant is handling the debt in a reasonable manner—including bankruptcy or debt consolidation—investigators are less likely to view debt as a serious behavioral problem.

Investigators look at how debt happened and what is being done to resolve it.

Security clearance investigators want to see how employees with debt have responded to resolving it.

Employees who ignore their financial responsibilities are generally viewed as higher risks to safeguard classified information. Classic indicators of irresponsibility and unethical behavior include:

The words “bankruptcy” and “credit counseling” do not appear anywhere in the Adjudicative Guidelines investigators use. Both can be considered positive efforts to get one’s finances under control.  Most important is the underlying reason for the bankruptcy or credit counseling.

Foreclosure and Security Clearance in Arizona

Arizona has an anti-deficiency law that can protect citizens whose homes have been foreclosed upon from losing their security clearance.

This law often (but not always) prevents a lender from collecting on debt or seeking a deficiency judgement caused by a property foreclosure. Major changes in the law effective January 2015 give lenders 90 days in some cases to recover a deficiency.

In this case, there no longer is a debt and an employee can argue that his/her security risk is considerably less if investigators uncover the loss.

If you have lost a home to foreclosure or are at risk for this, it is important to know the options and issues you face in keeping your security clearance. (You probably would also want to know what the bank can and cannot do to you after a foreclosure.)

I provide advice and guidance for people whose debt situation may impact their security clearance. In addition to my knowledge of security laws, I am also an expert on Arizona real estate law. As you know, real estate in Arizona is still recovering following its “burst,” the recession, and the state’s struggle to recover well-paying jobs. If debt is compromising your security clearance and ability to maintain employment,  contact my office for a consultation.