Unemployment hearings are used when a former employee or employer asks to appeal a decision to grant or deny unemployment insurance payments.

What Happens at Unemployment Hearings in Arizona? 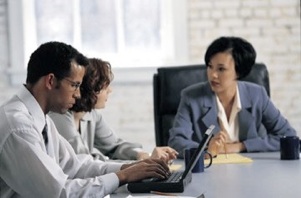 In Arizona, unemployment hearings are held before an Administrative Law Judge (ALJ) who works for the Department of Economic Security (DES). Both sides are invited to testify at the hearing, call witnesses, present evidence, make objections, and make a closing statement. The ALJ can ask questions at any time during the hearing.

ALJs will mail or email written decisions after the hearing. These decisions can be appealed by filing a request for an appeal within 30 days.

How Employers Can Prepare for Unemployment Hearings

An unemployment hearing is a legal process, although it’s not quite as intimidating as a courtroom. There are official and unofficial rules to follow both parties are expected to understand. This is where an experienced Arizona unemployment attorney can be very helpful to an employer defending his or her actions.

Here are 10 common mistakes I’ve seen at unemployment insurance hearings in Arizona that employers should be aware of.

If you are facing an unemployment hearing, please contact our office for a consultation as soon as you receive a notice from DES.